What if at the end of a hard night’s toil; you just have an empty boat? Isn’t it good enough reason to be depressed? 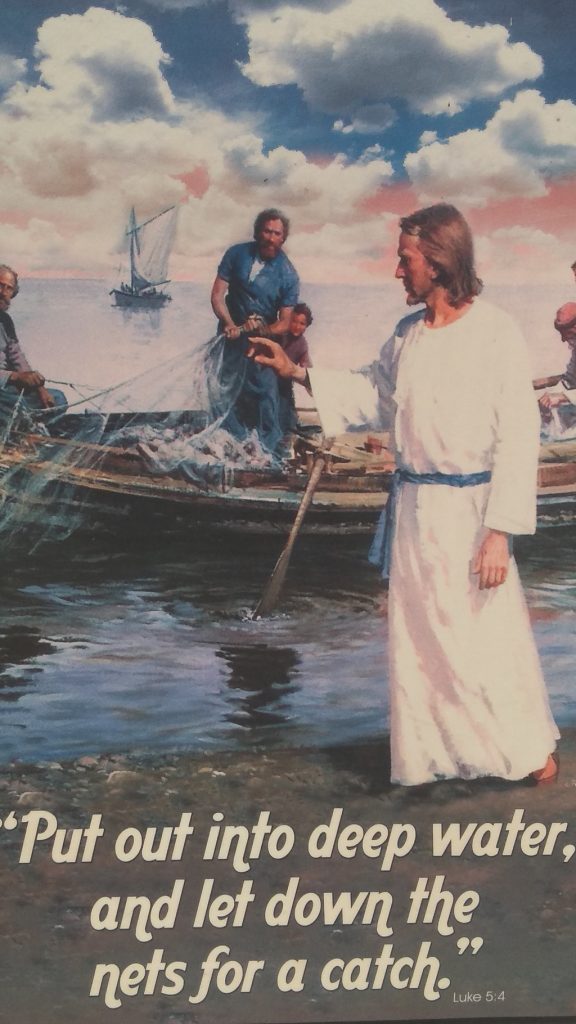 But then when Jesus is willing to step into the empty boat; will the nets return void? And when he says, “Put out into deep water, and let down the nets for a catch,” you can raise a lot of objections; for you Simon Peter are an experienced fisherman in the sea of Galilee; aren’t you? And he is just a carpenter from the obscure town of Nazareth. Or isn’t he?

Is it positive thinking that what creates miracles? Or is it obedience to the voice of him who commands the winds and the waves?

But the greater miracle was not the miraculous catch of fishes.Instead it was Peter’s confession, “Go away from me, Lord; I am a sinful man.”

Instead of striking a deep-sea fishing deal with a man who knew the seas better than he, Peter falls at Jesus’ knees. Worship is recognizing the worthiness of him who commands the winds and the waves. And in that process knowing my own unworthiness before his holiness.

The Master’s voice comes across to you today. “My child, have you been toiling hard? And are your boats empty? Do you really know what you need? Is it that you need a boat full of fish? I can give that to you. But is that what you really need? Or is it Me?”

And who is he?

He who angels worship;
before him demons trembled;
in him sinners found a friend;
the outcasts found mercy;
those who strayed met with compassion;
the sick found healing;
to the guilty, forgiveness was gifted;
he taught with authority;
the wild waves and stormy winds obeyed instantly and calmed;
death bowed down low and licked the ground at his feet;
as he triumphed over the grave
by his blood shed on the cross;
he opened heaven for all
who is willing to trust, obey, and follow him.

So, here is he standing across the sea watching you dock an empty boat and washing the nets which did not bring a catch saying, “Put out into deep water, and let down the nets for a catch.”

The empty boat docks.
Cast nets to blue deep says he.
Do that; fishes catch!