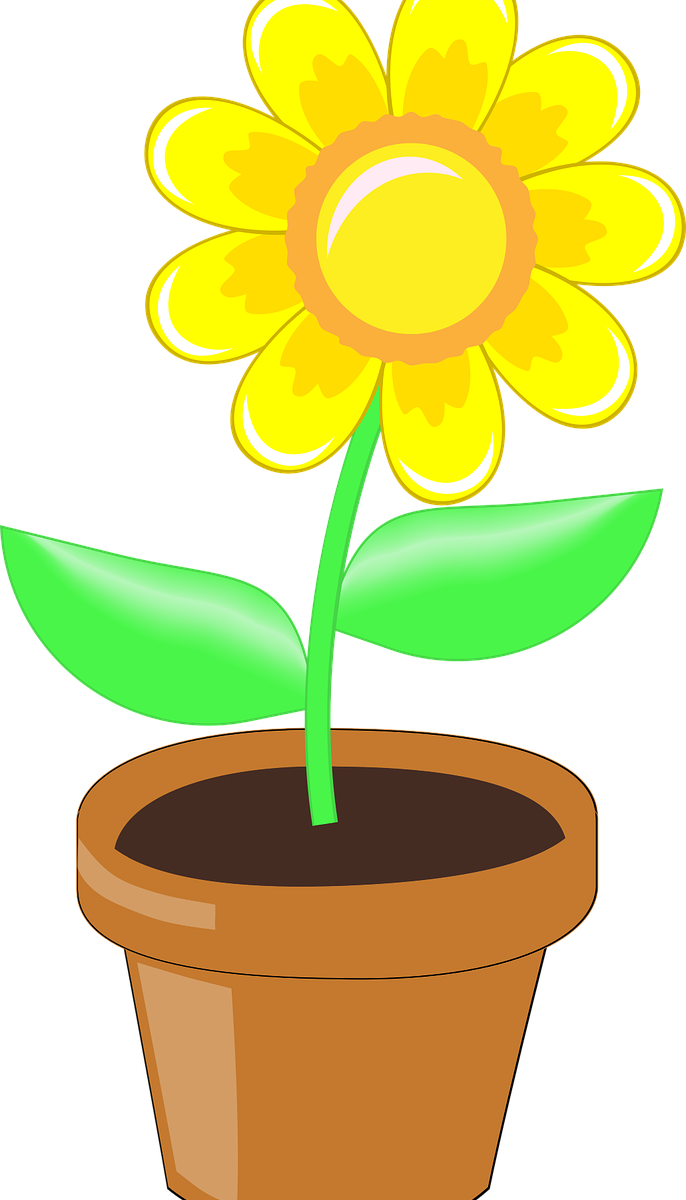 On a high window sill stood two flower pots. One had a wild red rose full of thorns in it. It was in bloom. The other was a small garden plant. It had a single bud in it. Shades of golden yellow could be faintly seen. But it refused to bloom even when its time had come.

The Wisethorn, for that was the wild rose’s name, asked: “Hey, Bloomy, why don’t you bloom?”

In reply, she said: “I can’t. I’m not so beautiful like roses. I’m afraid whether my petals would come out well. What if the ugly worms put black spots in it? And then what will roses think of a poor little flower like mine?”

The Wisethorn understood. But it did not agree; for it knew better. The Wisethorn had seen even deserts burst into bloom. So it gently whispered a secret in Bloomy’s ears.

She listened. Then she thought, “Well, it sounds too good to be true.” A gentle wind seemed to soothe her mind for a flash of a second. Then it was cloudy again.

She drooped once more.

The Wisethorn was patient. It asked again: “What’s it this time?”

This time Bloomy said, “The wind is too strong and the sun is so hot ….”

The Wisethorn did not shed any tears for her. But it was all ablaze in flaming fury. It thundered the secret once again in Bloomy’s ears. Time stood still.

There was a pause.

Then time began to tick again. The struggle had begun. Other voices shouted in her mind’s ears: “It can’t be done.”

She looked to the Wisethorn again. It seemed to know what it had said. There was an authority in its look.

As eye met eye, she felt a surge of confidence. She said quietly but firmly: “Yes, the bud will bloom! It will! It will!”

It was the death-knell of the other voices. Yeah, Wisethorn’s words had triumphed!

The clouds were gathering. The first streaks of lightning lit up the dark sky. Thunder rumbled in the distance.

But a greater fire was burning within her. She longed to be what she was created to be. Bloomy drew a deep breath and raised her head. She knew for sure that her bud would have a sunshine bloom!

That was yesterday. The rains had come and gone. The sun shone.

Now Bloomy was in bloom!

When the first joy of breaking free from the negative thoughts that had bound her was over she turned and greeted Wisethorn. The exhilaration of life’s first triumph was written all across her jubilant face.

Was it a smile? Were it tears? Was it joy or a twinkle in the eye? No one knows; but then it all seemed to say with one heart and one voice, “Thank you, thank you so much!”

All those who saw Bloomy were happy for her. They all said, “You’ve changed, Bloomy!”

But then none knew the word of wisdom Wisethorn had thundered in her ear!

A Thank You Note to a Talented Batch of Youngsters

Honest With You: A Short Speech on How to Overcome Your Fear of Public Speaking!